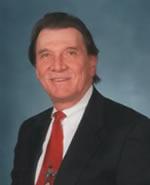 Almost immediately, he sought to improve roadway safety throughout the state, especially in protecting Oklahoma's children. In his initial year in office, Senator Brown introduced Oklahoma's first mandatory safety belt law for children four years old and under. Although the legislation was defeated its first time, the Senator resolutely re-introduced the bill the following year where it passed both the House and Senate. Committed to occupant protection, in 1987 he played an essential role in passing Oklahoma's first law penalizing front seat passengers for not wearing their safety belt. Ten years later, he engineered the Senate's passage of a primary enforcement safety belt law. In 2000, Senator Brown furthered his dedication to Oklahoma's youth by introducing legislation to raise the mandatory requirements for child passenger protection to children 12 years old and younger.

The results of Senator Ben Brown's leadership in occupant protection are exemplary. Immediately before 1987, children were being secured in a safety seat at a dismal rate of 15.7 percent. Due to Senator Brown's legislative efforts, Oklahoma's child safety belt rate has surged to 80.6 percent. His pursuit in the passage of primary safety belt legislation has increased safety belt use from 47 percent in 1997 to more than 80 percent today.

Senator Brown has not limited his activities to occupant protection. In 1996, he authored the passage of a zero tolerance policy for minors driving under the influence and required DUI offenders to attend drug and alcohol classes before their license could be reinstated. Prior to leaving the Senate in 2000, Senator Brown attempted to lower the legal blood alcohol concentration limit while driving from .1 to .08. The bill was passed in 2001 thanks in large part to the groundwork he had laid.

In total, Senator Brown introduced over a dozen bills related to improving highway safety. He remains committed to preventing underage drinking, working with local communities to reduce impaired driving among minors. He has joined with the Oklahoma Highway Safety Office in campaigning against drugs and alcohol during prom weekend as well as collaborating with Oklahoma's Project Under 21 on anti-drinking and drug measures in the local schools.

At the time this award was presented, Senator Brown was working with the Department of Mental Health and Substance Abuse Services to prevent underage drinking and driving, devoting much of his time to limiting youth access to alcohol and drugs and to improving the education and treatment of offenders who drive under the influence.

Convinced of the devastating effects of substance abuse, Senator Brown has devoted his career to limiting its effects. By promoting safety belt use and legislation against driving under the influence, the Senator has had an indelible impact on the safety of Oklahoma's highways.