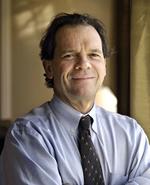 Illinois Senator John J. Cullerton is the recipient of the 2009 James J. Howard Highway Safety Trailblazer Award. Throughout his 30-year career in the Illinois State Legislature, Senator Cullerton has amassed a traffic safety record that likely surpasses that of any state legislator in the nation. He has led the effort in the state to enact safety legislation on a variety of issues, including: child passenger safety; primary seat belt use; mandatory motorcycle helmet use; .08 Blood Alcohol Content (BAC); graduated licensing; and ignition interlocks.

Senator Cullerton first became involved in efforts to improve highway safety as a result of his wife’s groundbreaking work with a child passenger safety program on Chicago’s north side. In the late 1970’s, as a mother of five and a social activist, Mrs. Cullerton realized the need to institute a program that would provide free child restraints to families in need. To build this program, she encouraged her husband to introduce and lobby for the passage of the Illinois Child Passenger Protection Act in 1983. This innovative legislation required safety restraint usage by all children years before other states took similar steps. Senator Cullerton saw his work on child passenger safety as a beginning. He took the traffic safety torch, and has never looked back.

Among Senator Cullerton’s many legislative achievements, Illinois’ primary seat belt law has perhaps been the most significant. He not only sponsored the bill, but also personally advocated for it across the state. At the time, a large majority of states did not have this life-saving law. Largely because of the Senator’s dedication and leadership, a primary law was passed and signed into law in 2003. Since the law’s enactment, the state’s seat belt use rate has increased by 14 percent to more than 90 percent.

Senator Cullerton’s tenacity and dedication have enabled him to strengthen the state’s impaired driving laws, despite well-funded opposition from segments of the alcohol industry and other powerful interests. He was a sponsor of the 1999 .08 law and led the successful effort in 2007 to enact an interlock requirement for all DUI offenders. Illinois was one of the first states with an interlock requirement and serves as a model for other states as it implements this life-saving program.

As the state’s top traffic safety advocate, Senator Cullerton joined Secretary of State Jesse White’s Teen Driving Take Force in 2007 to draft an action plan to address the state’s rising teen driving fatalities. The Task Force (comprised of legislators, traffic safety experts, law enforcement officials, educators and judges) held public hearings throughout the state to examine the state’s current GDL, other state programs and research studies that suggested improvement to the state’s law. Based on these hearings, the Task Force developed a 10-point plan of recommendations to give Illinois a model GDL program for other states to emulate. Senator Cullerton took this plan to the legislature, which enacted the nation’s most comprehensive GDL at that time. Once again, because of Senator Cullerton’s leadership, Illinois serves as a traffic safety model for other states.

After 30 years in the Senate, Senator Cullerton’s leadership on traffic safety has saved many lives in Illinois. With record high seat belt use, the state has seen significant decreases both in overall fatalities and rate of fatalities per VMT. Fatalities have decreased from 1,454 in 2003 to 1,043 in 2008—a 25% decrease—in large part due to the legislative achievements of Senator Cullerton. Every year for the past 26 years, Senator Cullerton has introduced legislation and advocated on behalf of traffic safety. Today, as President of the Senate, he brings a credibility and visibility to highway safety that few can offer.