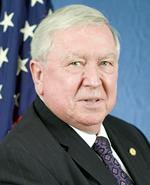 The 2009 Kathryn J.R. Swanson Public Service Award is presented posthumously to Kevin E. Quinlan. Mr. Quinlan died suddenly in 2008 after 35 years of service with the National Highway Traffic Safety Administration (NHTSA) and the National Transportation Safety Board (NTSB). Throughout his career, Mr. Quinlan worked tirelessly to improve highway safety and reduce the number of lives lost in preventable crashes.

Like Kathy Swanson, Mr. Quinlan was a dedicated public servant who shunned the limelight while diligently working to improve the safety of our roadways. He began working at NHTSA in 1972. While there, Mr. Quinlan provided the original impact analysis of implementation of the National Minimum Drinking Age legislation. In 1981, he led a subgroup of the agency’s safety belt task force. This subgroup consisted of private employers and medical, civic, service and safety groups to support efforts to increase belt use. While these types of coalitions are the norm now, in 1981 this was a breakthrough achievement that would be duplicated many times. Mr. Quinlan also briefed the Presidential Commission on Drunk Driving and represented NHTSA before the White House Council on Drugs.

Mr. Quinlan moved to NTSB in 1989 and spent nearly the next twenty years working for the enactment of safety legislation and programs. As alcohol program coordinator, he quickly became the NTSB’s primary resource on alcohol programs and the role of alcohol in highway crashes. As his reputation at NTSB grew, Mr. Quinlan’s responsibilities broadened into numerous other areas of safety such as teen driving, heavy truck crashes and safety belt use. After being promoted to Chief of the Safety Advocacy Division, he led NTSB’s efforts to promote its highway safety recommendations to the states. He personally testified and met with legislators in many states, participated in state safety coalitions and provided expertise and support to GHSA Members.

Mr. Quinlan considered GHSA and its members to be both personal and professional partners, and he greatly respected and valued the role of the state highway safety offices (SHSOs). He regularly communicated with the SHSOs and provided assistance and advice when requested. He worked steadfastly to improve and simplify the processes by which NTSB and the SHSOs could communicate on the implementation of NTSB recommendations. He spoke frequently at state conferences, GHSA’s Annual Meeting, and countless other highway safety forums. When Kevin Quinlan was on the agenda, a conference attendee could count on an informative and engaging presentation.

Mr. Quinlan authored five major studies, each of which led to significant safety improvements. His study on Fatigue, Alcohol, Other Drugs, and Medical Factors in Fatal-to-the-Driver Heavy Truck Crashes resulted in federal legislation to implement workplace alcohol and drug testing.

Recommendations from his report on Actions to Reduce Fatalities, Injuries, and Crashes Involving the Hard Core Drinking Driver are among NTSB’s highest priorities and are currently on the agency’s “Most Wanted List of Transportation Safety Improvements.”

The focus of Kevin Quinlan’s professional years was saving lives. It was his job, his mission, and his passion. He was distinguished by his length of service, his breadth of contributions on a multitude of safety issues, and the gregarious, passionate and tireless manner in which he served.