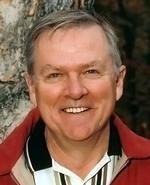 The 2011 James J. Howard Highway Safety Trailblazer Award is presented posthumously to Dr. Herb Simpson for his outstanding contributions to the field of highway safety through his groundbreaking research. Dr. Simpson served as President and CEO of the Traffic Injury Research Foundation (TIRF) from 1975 to 2006. Despite significant health challenges, he continued to contribute to research and mentor staff as Senior Research and Policy Consultant, until his untimely death at the age of 71 on April 25, 2011.

While at TIRF, Dr. Simpson acted as principal or co-principal investigator on more than 250 projects and published hundreds of reports and journal articles, focusing on hard core drunk driving and young drivers.

Dr. Simpson’s work was instrumental in identifying hard core drunk drivers as a significant contributor to highway fatalities. In 1991, amid much controversy, he authored a report targeting hard core drunk drivers as a priority concern. A second report in 1996 outlined effective strategies for dealing with hard core drunk drivers, garnering international attention and raising awareness about the issue. These reports, as well as Dr. Simpson’s expert testimony before several U.S. and Canadian policymakers, contributed to the passage of high BAC laws and the implementation of vehicle impoundment and ignition interlock programs in many jurisdictions across North America.

In the early 2000’s, Dr. Simpson secured funds to examine the criminal DWI system’s approach to hard core drunk drivers. His findings contained recommendations that have been widely adopted by leading government agencies in the U.S. These include: increasing training for criminal justice practitioners; expanding the use of ignition interlocks; increasing the availability of DWI courts; hiring traffic safety resource prosecutors; implementing treatment programs; streamlining drunk driving laws; and improving cooperation among agencies.

In addition to hard core drunk drivers, Dr. Simpson also authored pioneering research in the area of young drivers. His studies contributed to a theoretical understanding of the problems of inexperience and risk taking and helped propel the implementation of effective graduated driver licensing (GDL) programs in the U.S. and Canada.

Dr. Simpson first proposed the idea of graduated drivers licensing laws in his 1976 article “The Young Driver Paradox,” observing that young drivers need to gain driving experience while minimizing their exposure to risk. While policymakers and practitioners dismissed the concept of GDL as unacceptable or not achievable, Dr. Simpson’s unwavering commitment to the scientific evidence that supported GDL contributed to a gradual shift in public opinion. Today, nearly all states have enacted GDL laws.

Throughout his career, Dr. Simpson facilitated effective partnerships among researchers, governments and industry. He strived to ensure that research findings bridged the disciplines of transportation, public safety and health to promote a multi-disciplinary approach to highway safety. His leadership contributed to the highway safety community’s greater acceptance of the alcohol industry’s efforts to address impaired driving.

Dr. Simpson had a unique ability to make research findings resonate with diverse audiences, including government officials, policymakers and frontline safety professionals. His talent in conveying highway safety research in an understandable fashion to technical and lay audiences alike led to invitations to be the keynote speaker at conferences and symposia. He also had an unwavering commitment to scientific evidence, even when findings challenged existing data or were considered unpopular.

Dr. Simpson also served as a grant referee for several granting agencies and as a journal referee for many prestigious scientific journals, including the New England Journal of Medicine. He was a consultant to a number of international organizations, governments, nonprofits, and the private sector. The World Health Organization; Transport Canada; the Department of Justice; MADD Canada; the National Safety Council; Allstate Insurance; Anheuser-Busch; and The Century Council represent just a handful of the many organizations with which he had worked.

In addition to his research work, Dr. Simpson managed to sustain TIRF’s funding in a competitive economic environment. As President and CEO, he was responsible for generating the funds to support the organization and became adept at writing proposals. He worked tirelessly to establish strong relationships with funders, which often developed into multi-year projects. He successfully demonstrated how TIRF was relevant to prospective donors’ priorities.

Through both his research and outreach, Dr. Simpson successfully transformed TIRF from a small secretariat that granted funds to researchers for highway safety studies, into an internationally recognized highway safety research institute known for its objectivity and independence, whose expertise is sought after by governments and industries around the world.