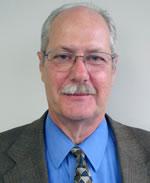 In his more than 40 years of program implementation, project evaluation and policy advocacy, John Lacey has been a true highway safety trailblazer. While he is best known for his research and evaluation of programs to reduce alcohol-impaired driving, he has also conducted pioneering studies in other areas of highway safety.

John Lacey is well regarded in the highway safety community for his groundbreaking evaluation of the Checkpoint Tennessee Program in 1995. Prior to 1995, few states regularly conducted sobriety checkpoints. The Tennessee program produced a 20 percent reduction in impaired-driving fatal crashes and became the model for future programs supported by NHTSA and state highway safety offices. He also worked with the state of West Virginia to demonstrate the feasibility and effectiveness of low-staff checkpoints. Prior to this work, most people assumed that a large number of officers and staff were necessary to conduct a checkpoint. As a result of Mr. Lacey’s work in Tennessee and West Virginia, 18 or more states now conduct sobriety checkpoints at least weekly throughout the year.

Mr. Lacey led the nation’s first effort to assess the prevalence of drugged drivers on U.S. roadways. He developed and implemented methods to obtain breath tests, saliva and blood samples from drivers on the roadways in 300 locations throughout the U.S. as part of the 2007 National Roadside Survey. In that survey, his methodology led to 90 percent of the 11,000 drivers stopped on weekend nights giving a breath sample to measure blood alcohol concentration, more than 70 percent providing a saliva sample to test for the presence of drugs other than alcohol, and 40 percent consenting to a blood sample for further drug analyses. The survey showed that 15 percent of drivers had drugs other than alcohol in their systems while driving. Lacey will lead the next National Roadside Survey in 2013. The 2007 effort was a leading-edge study that began an increased nationwide awareness of the pervasiveness of drugged driving, and the 2013 study is expected to provide even more critical data about this emerging highway safety issue.

Earlier in his career, John worked for the University of North Carolina Highway Safety Research Center (HSRC) on studies to increase seat belt usage, reduce speeding, and reduce impaired driving. In 1989, he joined the Mid-America Research Institute (MRI) as a Principal Scientist and worked there until 2001 before joining the Pacific Institute for Research and Evaluation (PIRE). While at MRI, John worked on a variety of studies, including those that evaluated the combination of enforcement and public information to deter impaired driving in three communities, a subsidized taxi service in Colorado, the cost-benefit of administrative license revocation, and four states’ experience with zero tolerance laws. He also authored two state-of-knowledge reports about impaired driving that are still widely used today. At PIRE, he produced sentencing guidelines for DUI offenders, evaluated the effects of BAC test refusals, helped implement a citizens’ DUI reporting system, and examined drug per se laws, among other things.

While there are many excellent researchers in the field of highway safety, what separates John Lacey is his ability and willingness to get effective programs implemented. He does not stop his work when the research report is written. Rather, he sees the research as a beginning. He takes the research to legislators, practitioners and others so that they can utilize what has been learned. His engaging, approachable, down-toearth demeanor has been welcomed by law enforcement and the broader community. Lives have been and will continue to be saved because of John Lacey’s career.