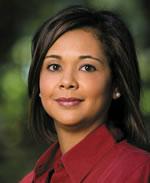 Serving as Chief of Parish Courts for the Jefferson Parish District Attorney’s Office in Jefferson Parish, Louisiana, Norma Broussard has been a critical ally to the Louisiana Highway Safety Commission (LHSC) and highway safety advocates across the state.

Jefferson Parish, which comprises most of the suburbs of New Orleans, processes approximately 240,000 misdemeanor and traffic cases a year. In addition to focusing on her standard duties overseeing the operations of the Parish Court Division, Ms. Broussard has become an influential leader in the area highway safety, particularly by implementing policies and practices to reduce impaired driving, a historically vexing problem in Louisiana. Ms. Broussard’s highway safety focus has fallen into three categories: legislation, education and public awareness.

In 2007, Ms. Broussard successfully proposed legislation to change Louisiana’s DWI statute to make it easier to prosecute drug impaired drivers by removing the requirement that the operator knowingly exceeded the recommended dosage prescribed by a doctor on manufacturer. In 2009, she helped draft legislation that made Soma (Carisopodol) a scheduled substance. This change quickly became law. In 2011, she saw her draft bill to suspend the driver license of a person charged with vehicular homicide become law. That same year, she drafted drug per se legislation to set standards for drug-impaired driving. Though that bill failed in 2011, she has persistently pursued it again in 2012, and passage is expected.

On the education front, Ms. Broussard has written manuals and handbooks to help prosecutors successfully prosecute DWI cases. She regularly teaches courses at police training academies and trains district attorneys on the latest prosecution techniques. She accepts many invitations from agencies and organizations throughout the state to share her highway safety expertise.

In addition to all this, Ms. Broussard also volunteers her time to promote public awareness of impaired driving through her chairmanship of the Jefferson Parish Alliance of Concerned Citizens. This organization focuses on reducing the prevalence of alcohol, tobacco and other drug use among youth. She led the successful effort to punish vendors who regularly sell alcohol to underage youth and worked with the Parish Council to establish a review committee that meets twice monthly to review complaints about businesses that are repeat offenders. The community is seeing a positive impact from this approach.

In a state that is often resistant to advances in highway safety, Norma Broussard has been a determined force for change. She has been a key advocate for the highway safety office and their “go to” ally on drunk driving. No matter the obstacle, she has been willing to dig in and to do the work necessary to achieve progress.