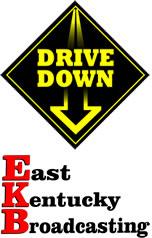 A collaborative effort between East Kentucky Broadcasting and the Pike County Highway Safety Team, Drive Down is an educational initiative credited with sparking a 19.8 percent reduction in traffic crashes in the state’s “most dangerous” county. Pike – a rural, mountainous county – has consistently ranked among the state’s top three for property damage, serious injury and fatal crashes, as well as low seat belt and child safety seat use. This lack of highway safety is disproportionate to the county’s population, number of registered vehicles and miles traveled, making it one of the most unsafe places to be on the road in Kentucky.

All this led Kentucky Office of Highway Safety (KOHS) to ask officials at Highway District 12 to form a safety team tasked with uncovering the root of the problem and crafting a plan to address it. Rather than basing their work on assumptions, the team took a data-driven approach to determine where and why crashes were occurring. The research shaped key strategies which focused on the importance of proper restraint by all motor vehicle occupants, with a particular emphasis on the selection and installation of child safety seats. Their analysis also found that media coverage was limited to “spectacular” crashes that involved fatalities and unusual circumstances including drunk and/or drugged-driving. This resulted in the public presuming this was the norm, rather than the exception.

Additionally, there was a widely-held opinion that unsafe roads and weather conditions contributed to many of the crashes that were not the result of impaired driving. Crash analysis, however, revealed that nearly half (43.8 percent) of the county’s crashes were the result of driver inattention, followed by speeding and aggressive driving. But perhaps most importantly, the team discovered that 50 percent of the crashes were caused by “people like you and me.”

Capitalizing on that theme, the Drive Down team adopted the bold position that the county’s licensed drivers “would self-correct if they understood each was actually part of the problem.” They zeroed in on changing behavior and worked collaboratively to get the job done. The latter proved critical to the initiative’s success: the team had no “star players” and “didn’t care who got the credit.” They were also inclusive and asked for help from elected officials, the court system, the media, and business. With no operating budget, the team instead relied on in-kind services and a small Federal Highway Administration grant secured by KOHS.

The keystone of the Drive Down campaign was a partnership with East Kentucky Broadcasting (EKB), which owns and operates nine radio stations serving the citizens of Pike and surrounding counties. From country and Top 40 to classic rock, sports talk and oldies, as well as coverage of local high school, college and professional sports, EKB reaches all ages and listener groups. EKB took on the cause and kicked off Drive Down in April 2012. The station ran an aggressive schedule of locally written and produced public service announcements featuring familiar voices. The hosts of EKB’s three, live morning talk shows promoted Drive Down daily and featured guests from the Pike County Highway Safety Team.

In addition to air time, EKB also provided “good tickets” for use by police in conjunction with high visibility enforcement activities. Motorists and passengers “caught” properly restrained received a ticket that entered them in a drawing to win prizes, including Bluetooth devices and iPhones provided by EKB’s partner, Appalachian Wireless. Winners were announced during the live morning shows.

The Drive Down team also worked with the Pike County attorney to address the county’s dismal moving violation conviction rate, which averaged just 10 percent. Citing the work of the Pike County Highway Safety Team and Drive Down, the Pike County attorney entered a motion in District Court requiring all moving violations be heard in open court. That has resulted in an uptick in the issuance of moving violations, as police are no longer hesitant to write tickets that were likely to be dismissed by the courts. Additionally, motorists are being held accountable for their unsafe behaviors. Dozens of traffic violations are now regularly on the docket in the two divisions of Pike District Court. And the Appalachian News-Express called attention to the issue by writing editorials and news stories about how moving violations are handled.

State legislators joined in the effort by providing t-shirts distributed at Hillbilly Day, the state’s second largest event (only the Kentucky Derby is larger). They were also instrumental in getting the Kentucky Department of Insurance to assign the county’s actuary to the Drive Down team. With his assistance, they are working to show how the initiative is positively impacting crashes, with a goal of securing lower auto insurance rates for county residents who remain crash and violation-free over time.

Working together, and with no agenda other than to prevent crashes and save lives, the Drive Downteam is getting results. In addition to a decrease in crashes in 2012, fatalities and injuries are down 22.7 and 8.2 percent, respectively. Since KOHS began keeping records, no other county has experienced such significant improvements.