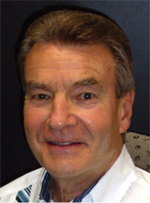 Over the course of his 45-year career, James Fell played an instrumental role in bringing about one of the most remarkable U.S. traffic safety achievements: the reduction of alcohol-related fatal crashes by one third between 1982 and 1995. His commitment to improving the quality and quantity of actionable data provided the means for demonstrating the effectiveness of the laws and policies aimed at deterring drinking and driving and establishing national crash reduction goals. As a National Highway Traffic Safety Administration (NHTSA) employee and manager of the Fatality Analysis Reporting System (FARS) from 1983 to 1990, Fell helped build the database that allows researchers, activists, and policy makers design, implement, and evaluate programs and policies to reduce drinking and driving in the United States.

A student of human engineering—the science of designing systems that fit human capabilities and limitations—in college, Fell was appointed to lead the development of the National Accident Sampling System (NASS), the federal government’s first effort to produce a system for recording national progress in reducing crashes of all severities. He went on to educate and train state officials and state FARS analysts on the importance of collecting and reporting accurate blood alcohol concentration (BAC) measures. Prior to Fell’s tenure at NHTSA, states reported the BAC of only a small portion of fatally injured drivers because BAC tests were either not conducted or not reported. His efforts resulted in the BAC becoming available for 70 percent of fatally injured drivers, also laying the groundwork for the development of the first imputation system in FARS to determine whether a crash involved alcohol when the BAC is unknown.

His commitment to data and evaluation continues to inform his work. As a senior scientist at the Pacific Institute for Research and Evaluation (PIRE), Fell has championed the need for rigorous evaluation of traffic safety programs and policies as the best way to ensure feasibility and effectiveness in the evaluation of policies aimed at reducing drinking and driving, particularly among teen drivers. He has become a leading expert on issues related to the adoption of Graduate Driving Licensing (GDL) programs, as well as on the effectiveness of minimum legal drinking age (MLDA) and BAC per se laws.

Fell has contributed to more than 140 peer-reviewed journal articles, participated in a series of debates on MLDA, served as a member of the board of directors of MADD, reviewed grants for the National Institutes of Health and the Centers for Disease Control, and mentored young scientists in the field. His communication skills have made him an influential voice that catches the ears of policy makers, and he has testified before legislative committees numerous times on new laws such as .08 per se, administrative license revocation, and zero-tolerance laws for youth.

Today, Fell continues to crusade for laws and policies to make our roads safer. This ongoing commitment to safety, data and advocacy made Jim Fell a unanimous choice for the 2015 GHSA James J. Howard Highway Safety Trailblazer Award.