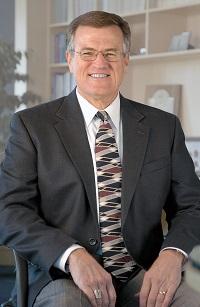 Over his 36-year career at the Insurance Institute for Highway Safety (IIHS), Adrian Lund has led and contributed to work that has been a driver of policy changes, business changes, and behavioral changes that have saved tens of thousands of lives and spanned a wide range of issues that impact the safety of all road users.

Dr. Lund joined IIHS in 1981 as a behavioral scientist, working his way up to senior vice president for research, then chief operating officer, before being named president in 2006. He is known for his scientific approach to highway safety, using data to identify future research needs and has led research on a diverse range of issues, including: how three types of impaired driving laws affect crashes; how sobriety checkpoints change public perceptions of enforcement of impaired driving laws; the safety gains from state adoption of primary seat belt laws; the impact of HVE on seat belt use, the effectiveness of red light and speed cameras; and identification of gaps in consumer knowledge when it comes to selecting appropriate booster seats and installing child restraints.

The impacts of the Institute’s research under his leadership are significant. Teen driver research helped lead to the implementation of graduated driver licensing laws, and IIHS’s ratings programs have led automakers to improve vehicle designs to optimize protection for occupants. IIHS research led to a federal mandate for electronic stability control on passenger vehicles, and the Institute worked with NHTSA to forge a voluntary commitment from every major automaker to make autonomous braking a standard feature on virtually all of their vehicles by 2022.

As a testament to his impact on motor vehicle safety, for the past three years, Dr. Lund has been named to Motor Trend magazine’s Power List of the 50 most influential people shaping the automotive industry.

The impact of Adrian’s leadership is evident not only in the many changes sparked by the Institute’s research, it is also clear in his commitment to maintaining strong productive relationships with the states through GHSA and with other highway safety groups. He has been a frequent attendee and speaker at GHSA events over the years, and has helped provide State Highway Safety Offices with research and information to assist them with setting their safety priorities. He has served on numerous government and nonprofit committees that address highway safety issues. And he enhanced the Institute’s communications program to make its research widely available and accessible.