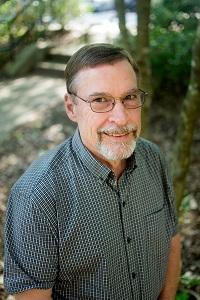 Throughout his 40-year career at the University of North Carolina Highway Safety Research Center, Bill Hall has been at the forefront of culture change, both in North Carolina and across the country. His work has led to the widespread acceptance of the idea children should be restrained while riding in cars. When he first started at the center, child car seats were just starting to become commercially available, and overall use was very low. Less than 6 percent of passengers under the age of five in North Carolina were secured using any type of restraint at the time of a crash. Today, that number is over 90 percent.

Hall has devoted his career to research and public education on child passenger safety (CPS). Beginning in the late 1970s, he developed educational materials about the benefits of car seats to be distributed to parents by physicians. He traveled the state to build enthusiasm for CPS among health care professionals and child advocacy groups. These relationships were the foundation of a coalition that was essential to the passage of North Carolina’s first CPS law, in 1981.

In the ensuing years, Hall continued his efforts to make CPS and occupant protection a priority. He helped develop North Carolina’s car seat loaner/rental program for lower income families, and authored a guide on establishing this type of program in other states. He established a toll-free “Tot Line” to answer car seat and seat belt questions, as well as a car seat recall list. He helped develop the North Carolina Click It or Ticket campaign, and evaluated its effectiveness. He co-authored the third through the eighth editions of Countermeasures that Work. He was the first executive director of the North Carolina Child Passenger Safety Association, and served as president of the National Child Passenger Safety Association. Finally, he was part of a team that developed the original AAA National Standardized CPS Training Program Curriculum, and has spend hundreds of hours in the classroom training people to become certified CPS technicians.

Hall is responsible for protecting a generation of kids. Today, many in that generation are having their own children and they are using their experience and knowledge to protect their own kids.