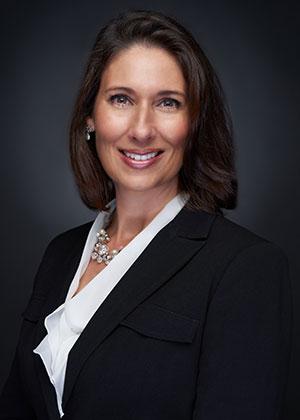 Debbie Hersman, a visionary and pioneering advocate for highway safety, received a 2022 James J. Howard Highway Safety Trailblazer Award for dedicating her professional career to saving lives across all modes of transportation.

Hersman was appointed in 2004 to the National Transportation Safety Board, where she advocated for many traffic safety priorities, including child passenger safety measures and integration of Advanced Driver Assistance Systems (ADAS) in vehicles. In 2009, she became the NTSB’s youngest Chair, having been appointed to the position by President Obama. During her time as Chair, Hersman was a leader in the fight against distracted driving. She successfully advocated for the passage of a texting ban for all federal employees and made NTSB the first U.S. government organization to call for a total prohibition on cell phone use – including hands-free – while driving.

After being confirmed for a third term, Hersman left NTSB in 2014 to become President and CEO of the National Safety Council, where she launched “MyCarDoesWhat?,” the country’s first public education effort focused on ADAS. She also created the Road to Zero Coalition, the nation’s first coordinated effort between public, private, governmental and academic entities to eliminate deaths on U.S. roads. Following her tenure at NSC, Hersman served for two years as Waymo’s first Chief Safety Officer, ensuring safety is built into the self-driving technology deployed in the company’s vehicles. She currently serves as an independent advisor on transportation safety and strategy.