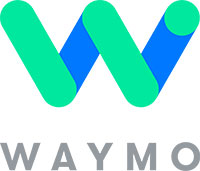 Waymo is an autonomous driving technology company with a mission to make it safe and easy for people and things to get where they’re going. Since our start as the Google Self-Driving Car Project in 2009, Waymo has been focused on building, deploying, and commercializing the World’s Most Experienced Driver™ technology to improve the world's access to mobility while saving thousands of lives now lost to traffic crashes. The Waymo Driver powers Waymo One, the world's first fully autonomous ride-hailing service, as well as Waymo Via, our trucking and local delivery service. To date, Waymo has autonomously driven tens of millions of miles on public roads and tens of billions of miles in simulation, across 13+ U.S. states.

Learn how Waymo is partnering with GHSA as we work toward zero fatalities.