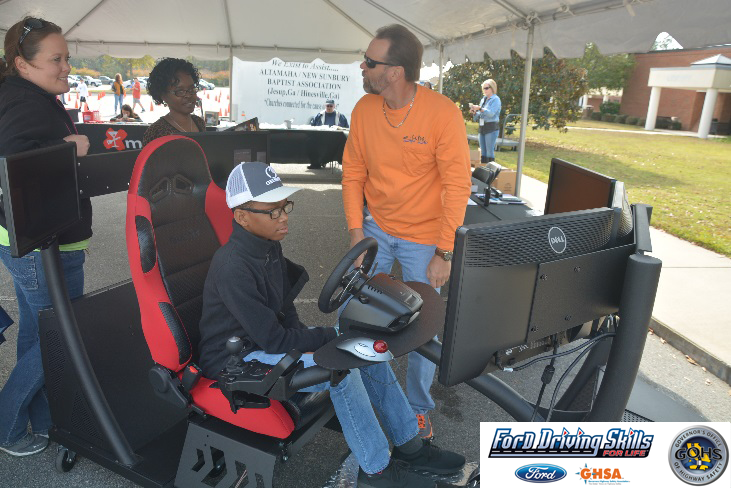 The Georgia Governor's Office of Highway Safety (GOHS) was one of five states awarded grants from Ford Driving Skills for Life and GHSA to fund teen safe driving programs in 2016. To put the funds to good use, Georgia GOHS hosted a one-day, hands-on driving skills event for teens and their parents in the form of a "roadeo."

Over 130 teens, parents, and community members participated in the November event. Many teens in attendance were, uniquely, already teen safe driving advocates working to engage and educate their peers in highway safety through programs such as SADD. This program allowed the young advocates to experience impaired-driving simulations, skills-building courses, and vehicle maintenance training.

Using golf and pedal carts in lieu of cars, attendees were tasked with navigating a cone course while wearing DUI goggles or posting to social media. Local law enforcement were also in attendance to show teens how to properly respond to a traffic stop, and a high school's marching band trailer served to demonstrate commercial vehicle blind spots. Georgia GOHS was also able to secure a rollover simulator to help teens learn how to handle even the most nerve-wracking of driving situations.

More than a dozen other organizations partnered with Georgia GOHS to put on the event, helping to provide various aspects of the training courses, handing out resources to teens and their parents, and running giveaways for students. In addition to successfully training teens in advanced driving skills, the roadeo received much media attention and was featured on a variety of local news channels and websites.