Unfortunately, pedestrians and cyclists are at an inherent disadvantage when involved in traffic crashes: When a faster-moving vehicle collides with a pedestrian or a bicycle, the vehicle always wins. Advances in crashworthiness and technology have contributed to the decline in vehicle occupant deaths, but pedestrians remain susceptible to serious injury or death when struck by a motor vehicle.

In 2019, 6,205 pedestrians were killed in traffic crashes in the United States, 17% of all traffic fatalities. This is a 2.7% decrease in pedestrian fatalities from 2018 (Overview of Motor Vehicle Crashes in 2019, National Highway Traffic Safety Administration). This small decline is welcome, but the number of pedestrians fatalities in 2019 have not been this high since 1990. Injuries to people on foot, meanwhile, increased 1.3% in 2019 from 75,000 to 76,000.

Each year approximately 2% of fatalities resulting from motor vehicle crashes are people on bicycles. In 2019, 846 bicyclists (a decline of 2.9% from 2018) were killed on U.S. roadways and another 4,900 were injured (an increase of 4.3% over the previous year). In 2019, most bicyclist deaths (90%) were those ages 20 and older. Deaths among bicyclists younger than 20 have declined 90% since 1975, while deaths among bicyclists 20 and older have tripled. In every year since 1975, many more male than female bicyclists were killed in crashes with motor vehicles (Insurance Institute for Highway Safety).

GHSA recognizes the importance of bicyclist and pedestrian safety, and its member State Highway Safety Offices (SHSOs) administer programs focused on improving safety for people who ride bikes and walk.

News tagged with Bicyclists and Pedestrians

How to End the American Obsession with Driving 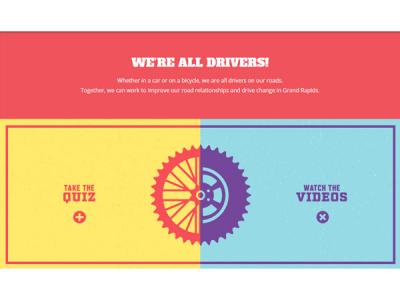 The Michigan Department of Transportation (MDOT) has partnered with the City of Grand Rapids for “Driving Change,” an innovative campaign promoting bicyclist safety. 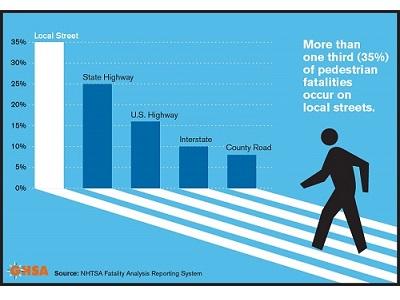 GHSA does not track state pedestrian safety laws but does track bicycle helmet laws in states where they have been enacted.
Close