Driver distraction – which includes eating, drinking, grooming, day-dreaming, talking and texting on handheld devices and many other actions that take a motorist’s eyes and mind off the road – is a contributing factor in many crashes despite many instances going unreported. In 2019, 3,142 people died in distraction-related crashes, up 10% from the previous year (Overview of Motor Vehicle Crashes in 2019, National Highway Traffic Safety Administration). In addition, distraction-affected traffic fatalities accounted for 8.7% of all road deaths in 2019, up from 7.8% in 2018. At any given moment during daylight hours, nearly half a million U.S. drivers are distracted behind the wheel (Driver Electronic Device Use in 2018, NHTSA).

Phone use while driving – particularly calling and texting – is one of the most common distractions. When a person reads a text while driving, his or her eyes are off the road for an average of five seconds. At 55 miles per hour, that is like driving the length of an entire football field while blindfolded.

Many states and local jurisdictions have passed laws that address these behaviors. GHSA's message to all drivers is simple: Don't use cellphones or other electronic devices while driving, regardless of the current law and keep your hands on the wheel, and your eyes and mind on the road.

Nearly every state has passed some sort of statewide law against distracted driving, but since July 2018, nine states have adopted new hands-free distracted driving laws that account for new technology and clearly state when and how a driver can or cannot use an electronic device behind the wheel. Currently, 24 states and the District of Columbia (D.C.) ban handheld cellphone use, while 48 states and D.C. ban texting while driving. No state completely bans cellphone use – including hands-free operations – for all drivers, but 37 states and D.C. prohibit all cellphone use by novice drivers, and 23 states and D.C. ban it for school bus drivers.

GHSA recommends that states prohibit handheld cellphone use by all drivers. Although texting and handheld bans are both critical, texting bans alone can be difficult to enforce. In states with texting only bans, drivers may claim they were only dialing when stopped by a police officer. Enforcement demonstration projects in New York, Connecticut, Delaware and California have shown that handheld cellphone bans can be enforced effectively and reduce driver use of a cellphone.

While law enforcement plays a vital role in reducing distracted driving crashes, injuries and fatalities, it is critical that state laws be equitably applied regardless of race, nationality, gender, sexuality, or any other unique characteristics.

In 2021, GHSA and the Transportation Research Board’s Behavioral Traffic Safety Cooperative Research Program (BTSCRP) issued a research report that reviewed distracted driving laws, enforcement and public education practices across the United States and Canada to develop a library of resources and best practices that states and other stakeholders can use to enact or revise their laws and enhance enforcement and education efforts (Using Electronic Devices While Driving: Legislation and Enforcement Implications, Transportation Research Board, National Academies of Sciences, Engineering, and Medicine).

Researchers found that the most effective laws and state safety efforts had the following common elements: 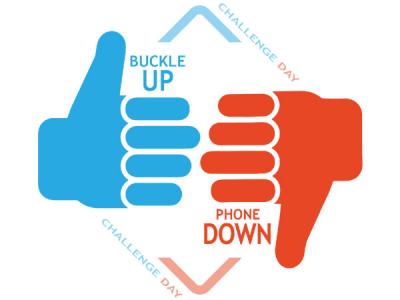 Missouri Buckle Up Phone Down Campaign

The Missouri Department of Transportation (MoDOT) launched the Buckle Up Phone Down (BUPD) challenge in early 2017 to drive down the increasing number of fatalities on Missouri roadways. 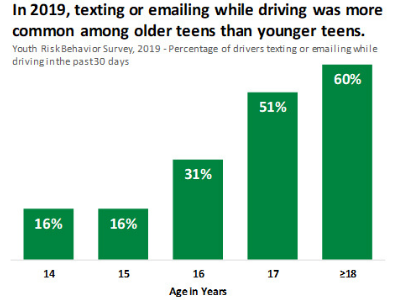