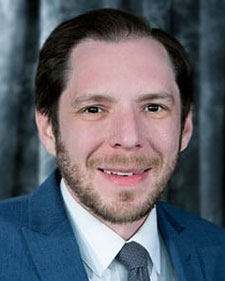 Adam Snider is GHSA’s Director of Communications, with responsibility for developing and executing strategies to enhance the association’s visibility and increase awareness of highway safety priorities. He builds and cultivates relationships with a wide array of reporters to promote coverage of key traffic safety issues, leading to coverage in publications such as the Associated Press, the New York Times, CNN, the Washington Post, Reuters and many more. He also manages the association’s website and social media channels.

With nearly 20 years of experience in communications, advocacy and journalism, Adam is passionate about telling creative stories that shine a light on important transportation safety topics often overlooked in the national discourse. Before joining GHSA, Adam led public affairs and media relations for the Electrification Coalition and the American Association of Airport Executives.

Adam has focused on transportation for his entire career. Prior to his work in public affairs, he reported on congressional and regulatory action on highway safety and other transportation issues at Politico, where he was a founding author of the Morning Transportation newsletter. His reporting at Politico was cited for outstanding coverage by the Nieman Journalism Lab and the Washington Post.

Adam earned a B.A. in English from Clemson University. He and his wife, Emma, live in the Fort Totten neighborhood of Washington, D.C., with their daughter and son.