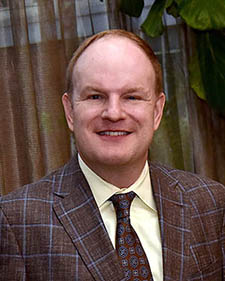 Adkins is responsible for directing the organization’s Washington Headquarters office, serving as the association’s chief liaison with the National Highway Traffic Safety Administration (NHTSA) and other federal agencies, and representing the organization on Capitol Hill and with private sector partners. He frequently represents the states’ viewpoints on highway safety solutions in the media and before Congress, federal agencies and industry partners. Adkins is regularly quoted by a variety of publications, including Politico, USA TODAY and The Washington Post.

During Adkins’ tenure as Executive Director, GHSA has expanded its scope and influence by adding new programs, member services and staff. Adkins has built partnerships with a variety of leading organizations in the automotive, insurance and consumer products industries, and has leveraged those relationships to develop tools for state highway safety agencies. Adkins also launched the GHSA's Consulting Services Initiative, through which the organization assists states in managing their highway safety programs.

Adkins began his work with GHSA in 2000. Prior to being named Executive Director, he served as GHSA’s Communications Director as well as Deputy Executive Director. Adkins has served on a variety of boards and in appointed roles within highway safety and the broader community, including the National Organizations for Youth Safety, The Road to Zero Coalition and the National Lifesavers Conference.

Media inquiries should be directed to Adam Snider, Director of Communications, at 202-580-7930 or asnider@ghsa.org.