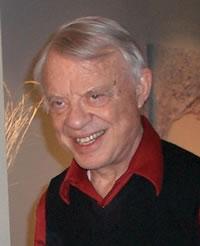 Dr. Robert B. Voas is one of the most well-respected and influential traffic safety researchers in the country. Throughout his career, Dr. Voas' research projects have included national studies of the effect of .08 BAC law, zero-tolerance laws, vehicle sanction laws, alcohol ignition interlock laws, and studies of underage binge drinkers crossing the border to Tijuana, where the drinking age is 18. He recently completed a national study of differences between ethnic groups in their involvement in alcohol-related fatal crashes.

His 40-year career in the highway safety field began in 1968 at the National Highway Safety Bureau, the forerunner to the current NHTSA, when he was hired as director of the Office of Evaluation for Traffic Safety Programs. While at NHTSA, Dr. Voas chaired the working group that developed the operational plan for the $88 million Alcohol Safety Action Program (ASAP). Subsequently, he supervised the development of management information systems and evaluation plans and procedures for 35 ASAP sites. Dr. Voas represented the United States on the Organization for Economic Cooperation and Development's Technical Working Group on Alcohol and Highway Safety. Many of the components of the pioneering ASAPs are still used today to combat drunk driving.

After leaving the federal government, he joined the Pacific Institute for Research and Evaluation (PIRE) in Calverton, Maryland, where he is currently the senior research scientist. Dr. Voas has been the principal investigator on more than 20 research contracts for the Department of Transportation including: a state-of-the-art survey of alcohol in relation to highway safety programs; a study of methods for estimating alcohol-related crashes using data from the Fatal Analysis Reporting Systems (FARS); and studies of the problems presented by laws mandating jail for drunk-driving offenders. Dr. Voas also has evaluated methods for passive sensing of breath alcohol concentration and worked on the development of national standards for alcohol ignition interlock devices. He recently conducted a national survey of vehicle impoundment and forfeiture laws and evaluated vehicle-based sanctions in several states.

In grant research for the National Institute on Alcohol Abuse and Alcoholism (NIAAA), he participated as a senior team member to study the characteristics of convicted drinking drivers and also conducted a roadside survey of weekend drivers in Ohio. He served as a senior team member on an NIAAA grant to conduct the "Community Trials" program to reduce alcohol-related trauma in two communities. That program became a model for other communities as it resulted in significant reductions in impaired-driving crashes and injuries. He has also been the principal investigator on several NIAAA grants to evaluate zero-tolerance laws for drivers younger than age 21, to assess the effectiveness of a case management support effort tied to an alcohol safety interlock program for convicted drunk drivers and to study cross-border binge drinking by young Americans in Tijuana, Mexico.

Dr. Voas became one of the first research scientists to translate his research into practice. Whenever his research indicated a positive effect on impaired driving, he worked hard to get the strategy, law or program implemented in other states and communities. This began when he was at NHTSA implementing demonstration projects that tested his evaluation findings on alcohol countermeasures. This continued in his work as principal investigator on dozens of projects, including supporting increasing the drinking age to 21 in the 1980s and guiding the MADD priorities in the 1990s, when he served as the first researcher on their Board of Directors. He has influenced most of the research on alcohol ignition interlocks and is a strong advocate for increasing their use.

Dr. Voas serves on many boards, including as past president of the International Council on Alcohol, Drugs and Traffic Safety and has received numerous prestigious awards.

A true expert in his field, Dr. Voas has published more than 300 articles in peerreviewed scientific journals, given more than 200 presentations to various groups on his research findings and written close to 100 study reports to the government.

For a time, there were some who were skeptical about Dr. Voas' advocacy work and his outspoken recommendations concerning research to practice. But the top quality of his work, the accumulation of evidence for his convictions and the fact that other prominent researchers became advocates has quieted most of his critics. Dr. Voas has been ahead of his time on many of his positions (such as lowering the illegal BAC limit to .08, using vehicle sanctions on DWI offenders, using sobriety checkpoints to deter impaired driving, using passive alcohol sensors by police for detecting impaired drivers and increasing the use of alcohol ignition interlocks on the vehicles of DWI offenders), but time has proven him correct in most.

He developed basic strategies back in the early 1970s with the ASAP programs, refined those strategies with his research in the 1980s, and advocated proven effective strategies in the 1990s. His accumulation of quality research for more than 40 years is second to none.

The results of much of Dr. Voas' research have shown a reduction in impaired driving in America. He has shown the courage, competence and leadership to make a demonstrated difference in highway safety.

For more information about Dr. Voas' work, contact him at voas@pire.org.