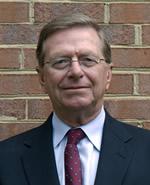 The inaugural Kathryn J.R. Swanson Public Service Award is presented to Phil Haseltine for his lifetime of service to highway safety.

Swanson was a dedicated public servant whose strong commitment to highway safety guided her throughout her career. Haseltine embodies what Swanson most passionately stood for: occupant protection, sensible solutions to saving lives and strengthening safety organizations to achieve ambitious goals.

Haseltine began his career in highway safety with the Michigan Office of Highway Safety Planning, where he worked for 13 years, serving as the executive director from 1979 to 1983. While serving as director of the Michigan office, Haseltine became involved with the National Association of Governors Highway Safety Representatives (NAGHSR), now the Governors Highway Safety Association (GHSA). His colleagues elected him chairman of the organization, a position he held for three terms.

Haseltine was instrumental in starting up the annual Lifesavers Highway Safety Conference, which just celebrated its 26th anniversary. The first Lifesavers conference was held in Michigan under his leadership. His efforts have been significant in helping Lifesavers become a major annual traffic safety event with more than 2,000 attendees, and he continues to be an active member of the Lifesavers Planning Committee.

Following his service to Secretary Dole, Haseltine served as Chief of Staff to U.S. DOT Secretary James Burnley. As Chief of Staff, he was responsible for transition issues and he supervised staff in the Office of the Secretary. He functioned as the liaison between the Secretary's office and the White House as well as the operating agencies within the Department of Transportation.

In 1988, Haseltine became president of the Automotive Coalition for Traffic Safety (ACTS) in Washington, DC. As President of ACTS, he directed the organization's efforts to educate policymakers, lawmakers and the public about motor vehicle occupant protection and other traffic safety issues.

Haseltine is well-known for his ability to bring together disparate groups to address difficult safety issues and has hosted numerous leadership conferences on increasing seat belt and child restraint use. He served as moderator for the U.S. DOT's Blue Ribbon Panel on Child Restraints and Vehicle Compatibility, which is credited with the introduction of LATCH (Lower Anchors and Tethers for Children). He also moderated a second Blue Ribbon Panel: Protecting Our Older Child Passengers, which encouraged states to enact booster seat laws.

In 2005, Haseltine was asked to serve as the manager of state legislative activities for the National Safety Council's Air Bag and Seat Belt Safety Campaign, where he went on to serve as executive director. In this role, Haseltine was influential in helping states pass primary enforcement safety belt laws, and he traveled the country to testify in front of state legislatures. He also did much of the "grunt work" that is required to successfully enact safety legislature. He made the calls, wrote the letters and organized the coalitions. He recently retired from ACTS and the Campaign, but not before getting to see Mississippi and Alaska enact primary seat belt laws thanks in part to his tireless dedication to the cause.

Haseltine also worked to keep tweens safely restrained in the back of vehicles and raised the very serious safety issue of unattended kids in and around cars. In the summer of 2007, he launched a public information and education campaign to help prevent children from being left in hot cars and backed over in their driveways. The campaign was based on the nation's first research with parents on this important issue.

Like Kathy Swanson, public service and dedication to traffic safety have been hallmarks of Haseltine's career. Both his public leadership and behind-the-scenes work have led to numerous safety advances and lives being saved.