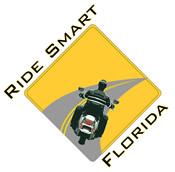 For nearly ten years preceding the implementation of the Motorcycle Safety Coalition, Florida experienced a significant increase in motorcycle registrations, endorsements, fatalities, and injuries. In 1997, motorcyclists and their passengers accounted for 5 percent of the fatalities on Florida's roadways. By 2008, that figure had grown to nearly 18 percent, even though motorcyclists represented only six percent of the total driver population.

In response, the Florida Motorcycle Safety Coalition was formed. It is a team of 27 safety advocates from numerous disciplines, established in July 2008, to develop and implement the Motorcycle Strategic Safety Plan (MSSP) called for in the state's 2006 Strategic Highway Safety Plan.

In addition, the Coalition hosted a NHTSA Motorcycle Safety Program Coordination training course and NHTSA's Region IV Motorcycle Safety Forum, which brought together a wide variety of safety advocates to learn about the challenges and successes experienced by other states in the region. Further work was undertaken, including: conducting public opinion polls to measure the impact of the first full year of the law requiring the Basic Rider Course (BRC), evaluating the public information and education campaigns, and collecting information on motorcyclists' riding behaviors, developing RidesmartFlorida.com as a tool for all stakeholders in motorcycle safety, and promoting motorcycle safety awareness at major bike events across the state.

From attendance at motorcycle rallies, to public service campaigns, to law enforcement activities, the Motorcycle Safety Coalition has been very active in spreading the safety message in 2009. In addition to the increased outreach, many new partnerships were formed. Just a sampling of the new partners include: federal, state and local government agencies; universities across the state; the law enforcement community; motorcycle dealers; riding instructors and trainers; and motorcycle enthusiasts.

All this work has had tremendous impact. Since the inception of the Motorcycle Safety Coalition, preliminary numbers for 2009 reflect a potential 24% reduction in motorcycle fatalities and a 9% reduction in serious injuries. This great progress comes despite little fluctuation in ridership numbers, no universal helmet law, and the fact that motorcycle riding is a year-round activity in Florida.

The Florida Motorcycle Safety Coalition members are energized and well equipped to continue to make a difference in 2010 and into the future.

For more information, visit www.RidesmartFlorida.com or contact Trenda McPherson
at 850-245-1500 or trenda.mcpherson@dot.state.fl.us.