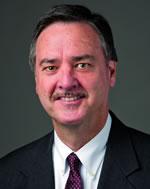 Trust, integrity, excellence, and service are just a few of the words used to describe Terry Pence, Traffic Safety Section Director for the Texas Department of Transportation’s (TxDOT) Traffic Operations Division. His dedication to saving lives and preventing injuries on the roadways across Texas and nationwide spans more than thirty years.

Terry began his career with TxDOT in 1981 after graduating from the University of Texas at Austin. As Traffic Safety Program Manager, he worked on child passenger and school bus safety, selective traffic safety enforcement, and DWI prevention. He was promoted to Traffic Safety Planner in 1986 and was responsible for grants management and the production of annual plans and reports. Four years later, he became program director, and in 2003 was named section director, overseeing the entire Texas Traffic Safety Program. Under his leadership, the Division has gained a reputation for developing and implementing highly successful and innovative programs, many of which have been recognized by NHTSA. Additionally, the Division has received more than 80 national awards for innovative media campaigns.

Despite his success, Terry has never lost sight of where he came from and is lauded by his staff as a team player who selflessly assists, mentors and inspires everyone around him. From his early days as TxDOT’s safety mascot “Dusty Dillo,” to being named the 2012 recipient of the prestigious TxDOT Raymond E. Stotzer Jr. Award for outstanding dedication, service and leadership, Terry remains steadfastly committed to the business of saving lives and unselfishly shares his expertise with his colleagues within and outside Texas.

Terry is recognized for implementing fresh and innovative solutions to improving traffic safety business practices and processes, and other states regularly seek out his advice and counsel. In 2007, Terry implemented TxDOT’s Traffic Safety Electronic Grants Management (eGrants) system, which streamlined the creation, submission and selection of grants and the management of traffic safety projects. The eGrants system was quickly lauded for its impact on the quality of proposals submitted and projects awarded, and it was recognized with four national and state awards. The system is often considered for use by other agencies in Texas and across the country, and Terry makes himself readily available to offer insight and information.

From focusing on increasing funding efficiencies and the collection of reliable crash data, to being the tenacious force behind an 18 percent uptick in statewide seat belt use and a 36 percent increase in child safety seats, Terry credits his staff and safety partners for the gains. He has also been the driving force behind a number of innovative impaired driving programs (i.e., no refusal blood draws, Before and After campaign) that have sparked a nearly 10 percent reduction in alcohol-related fatalities, legislation mandating motorcycle safety public awareness campaigns and the Talk, Text, Crash distracted driving campaign that is prompting Texans to focus on driving when they get behind the wheel. But perhaps most impressive are the overall gains the state is making in reducing traffic fatalities and serious injuries. Although the state’s population has grown by more than 50 percent since Terry first joined TxDOT, the fatality rate is at a historic low not experienced since the 1930s. Again, Terry downplays his role and points to others for these impressive gains.

Terry has also played a quiet, yet active role in the Governors Highway Safety Association. He served on the GHSA/NHTSA Management Review (MR) and Special Management Task Forces and on the team that reviews draft MR reports from states. He also has facilitated MR training at the GHSA annual business meeting and represented the association as the state instructor at numerous program management courses. Although state travel restrictions have impacted his participation at the GHSA Annual Meeting, he has been a member of the planning committee for the past five years and works tirelessly to identify and secure moderators and speakers.

This homegrown safety champion is not only best in class in Texas, but nationwide. His tireless energy and commitment, coupled with a willingness to share what he has learned with his colleagues, is improving the quality of life for countless people. Terry is the first sitting State Highway Safety Office Director to receive this award and like its namesake, who always put service before self, Terry epitomizes the best in what it means to be a public servant.