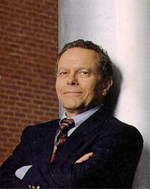 Dr. David Sleet is the Associate Director for Science with the National Center for Injury Prevention and Control at the Centers for Disease Control and Prevention (CDC). The unanimous choice of this year's awards committee, Dr. Sleet has a distinguished career in highway safety that has spanned over 37 years and three continents, working in academia, government and the nonprofit sector. He currently manages the research program in the Division of Unintentional Injury Prevention at the CDC.

Dr. Sleet is responsible for bringing the public health and behavioral science approach to traffic safety. His involvement in these issues helped bring them to the forefront of the national conversation. He was the first to warn policymakers and consumers about the potential dangers of airbag deployment to child passengers, which led to improved child passenger safety laws and safer airbag designs. His research has led to such achievements as the nationwide adoption of the 0.08% blood alcohol concentration standard and the classification of alcohol-impaired driving as "child endangerment" in many states.

In the 1980s, he served as a public health advisor to the National Highway Traffic Safety Administration (NHTSA), playing a lead role in developing the agency’s Public Health Approach to Traffic Safety and developing its five-year plan to engage the public health community in reducing alcohol-impaired driving. Once an afterthought in the medical community, prestigious medical associations such as the American Academy of Pediatrics, the American Public Health Association and the American Medical Association now have official policy statements on road safety issues, many of which Dr. Sleet wrote. He initiated NHTSA’s “Research Notes” in 1983 to translate NHTSA research findings into common language for the press and the public.

In 1993, he joined the CDC Injury Center to continue to work on road safety from a public health perspective. Dr. Sleet has been honored with numerous awards for his work in highway safety, by federal agencies, foundations, nonprofits, and even the King of Cambodia. He has published 165 journal articles on motor vehicle injuries and injury prevention, and has served on the editorial board of 14 journals, as well as numerous national and international advisory groups, including the National Research Council, Transportation Research Board, Institute of Medicine, the National Safety Council, the U.S. Surgeon General, the U.S. Department of Transportation, National Institutes of Health, United Nations, and the World Health Organization.