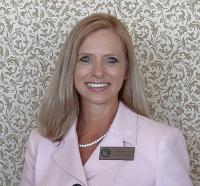 As the State Bicycle and Pedestrian Safety Program Manager at the Florida Department of Transportation (FDOT) Traffic Safety Office, Trenda McPherson is responsible for protecting some of the state’s most vulnerable road users.

In her tenure at FDOT, McPherson has taken a hands-on, strategic, and data-driven approach to the programs she has led. As manager of the Florida Motorcycle Safety Program, she attended as many motorcycle events as possible to gather a range of perspectives and meet with the diverse group of individuals who are part of motorcycle culture. She developed and led implementation of the state’s Motorcycle Strategic Safety Plan, and within two years Florida saw a 30 percent drop in motorcycle fatalities, and a nearly 22 percent reduction in injuries.

When McPherson moved over to the bicycle and pedestrian program in 2011, she once again immersed herself personally into the culture, creating a personal exercise and fitness plan for herself and for her husband to gain firsthand experience of the challenges and opportunities faced by bicyclists and pedestrians. As she developed the state’s Pedestrian and Bicycle Strategic Safety Plan in 2013, Florida had the highest pedestrian fatality rate in the nation. Two years later, the state had dropped to fifth. The plan, based on a data-driven approach to identify and implement safety countermeasures, also helped Florida achieve a 9 percent reduction in bicyclist fatalities in 2016.

None of this success occurred in a vacuum. McPherson is a natural coalition builder, and both her motorcycle and bicyclist/pedestrian plans were supported by coalitions she created. She has engaged law enforcement in her safety programs, with 40 agencies participating in high visibility enforcement efforts in 2016 that helped contribute to significant pedestrian crash reductions in high crash corridors. She partnered with Chick-fil-A to produce public service announcements on pedestrian and bicyclist safety and also to provide meal cards for law enforcement officers to distribute to individuals engaging in safe pedestrian behaviors. She has received multiple awards for her work and her programs, both within the state and at the national level. Among those awards were two Peter K. O’Rourke awards, in 2010 and 2013, and a National Roadway Safety Award.