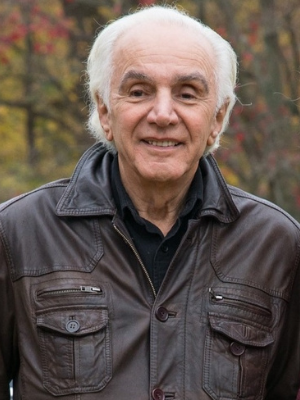 Fred Manocherian is a pioneering and relentless national advocate for highway safety.

Next year marks the 60th anniversary of his founding of the National Road Safety Foundation (NRSF), whose mission is to educate people of all ages about the risks of dangerous driving behaviors.

Fred’s passion for traffic safety was ignited shortly after graduating from high school when two of his classmates were struck and killed by a hit-and-run drunk driver. What started with a passionate letter to the White House calling for public education to address the dangers of drunk driving and the need for tougher penalties, became a calling that has resulted in the distribution of more than one million copies of educational films and resources to thousands of schools, law enforcement agencies, and advocacy and community groups nationwide. All these materials have been provided at no cost and viewed or used by millions of youth and adults.

In addition to the development of educational materials, NRSF has provided grants to numerous organizations to help address critical safety issues. GHSA has partnered with the Foundation to shine the spotlight on two traffic safety issues that, until recently, had been largely overlooked – drowsy driving and speeding. Beginning in 2017, the Foundation provided funding to further critical research that included release of a widely heralded national report, “Wake Up Call!,” and to provide grants for states to implement programs to address drowsy driving. The Foundation also worked with GHSA to develop peer-to-peer programming for teens and young adults – a group overrepresented in drowsy driving crashes – delivered in partnership with Students Against Destructive Decisions (SADD) and Family, Career and Community Leaders of America (FCCLA).

In 2019-2020, NRSF partnered with GHSA and the Insurance Institute for Highway Safety for a new speeding initiative. With the Foundation’s support, two states – Maryland and Virginia – are now piloting comprehensive speed management programs that seek to do for speeding what “Click It or Ticket” has done for increasing seat belt use and compliance with state laws.

Fred recognizes the power of youth in helping to make our roadways safe for all users and it seems only fitting as he began his highway safety work while a teen himself. The Foundation taps into the next generation’s creativity by sponsoring regional and national video and public service announcement contests. These initiatives not only give youth an opportunity to message to their peers about critical safety issues such as distracted and impaired driving and graduated driver licensing, but also to have their ideas professionally produced and distributed through NRSF’s many outreach channels.