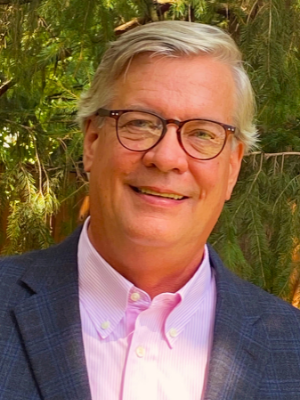 Lee Axdahl has worked tirelessly on behalf of GHSA, our state members and many partners for nearly 15 years.

Lee came to highway safety in 2007 after a long and successful career in broadcasting and quickly put his exceptional communications, management and negotiation skills to work for the South Dakota Highway Safety Office (SDHSO) Three years later, he was appointed SDHSO Director by then-Governor Michael Rounds and reappointed by the next two governors, a rare feat forindividuals working in this role. Thanks to his leadership, the state experienced record low fatality levels during his tenure, including a 22% decline in roadway deaths in 2019.

But Lee’s impact extended well beyond South Dakota’s borders. He was extremely active in GHSA, coaching new highway safety directors and Governor’s Representatives regionally and nationally. Lee also applied his knowledge of complicated statutory and regulatory issues when he took on the role of Chair for GHSA’s Federal Reauthorization Sub-Committee. In that capacity, he led the association’s efforts to gather state member input on transportation policy recommendations that significantly impacted the final version of the current federal transportation funding bill, the FAST Act.

The relationships Lee built with key federal policymakers from South Dakota, including the former Chairman of the Senate Commerce Committee, ensured Congressional leadership heard, understood and acted upon the states’ concerns. During his time as Federal Relations Sub-Committee Chair, Lee not only represented the association numerous times on Capitol Hill, but also at meetings with federal agencies and private sector partners and with the media addressing key state issues.

Lee, like Kathy Swanson, has not sought the limelight but instead was always among the first to raise his hand when a task needed to be done. In addition to serving as GHSA’s Treasurer, a time-intensive volunteer position that he held from 2016 until his retirement last year, he also chaired the GHSA Policy and Bylaws Committee. And like Kathy, Lee’s leadership style and successes have inspired many current and future highway safety leaders. For that and many other reasons, Lee is well-deserving of an award bearing Kathy Swanson’s name.