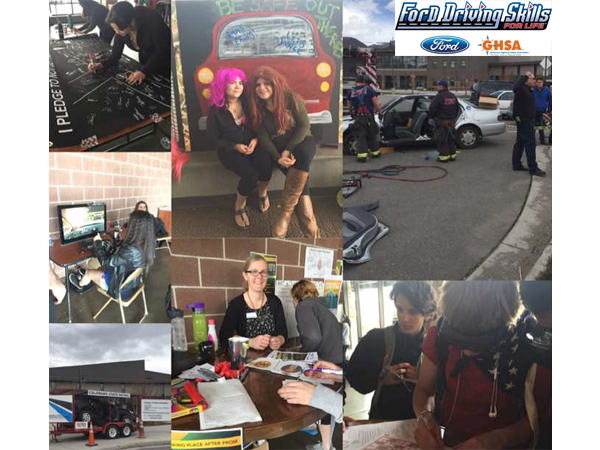 The Eagle County, Colorado Prevention Committee received special funding from Ford Driving Skills for Life to tackle the issue of drug-impaired driving among teens in their community. With this grant, the Committee was able to host a number of events and activities for teens throughout the year, including booths at concerts, a youth safe driving fair, and a "Safe and Sober Glow Party." 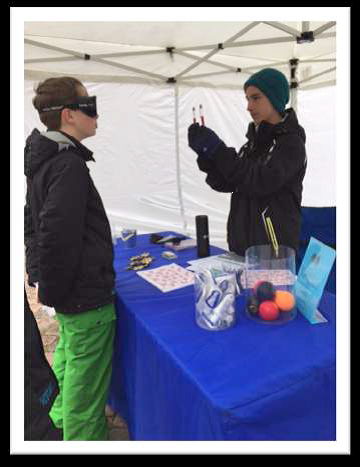 At the youth safe driving fairs, attendees tried out driving simulations while wearing Fatal Vision Marijuana Impairment Goggles to understand the dangers of driving under the influence of marijuana. Other activities included distracted driving simulations, a firefighter extrication demonstration and safe driving pledges. Participating students were also entered to win prizes such as gift cards and a limo ride to prom.

Students in local anti-drugged driving clubs helped to organize the Safe and Sober "Glow Party" event, which took place after high school homecoming. Similar booths to the safe driving fairs were provided at this overnight event, which went until 1am and featured black lights and glow necklaces to fit the party theme. This party provided students a safe place to go after homecoming, discouraging potential underage drinking and marijuana use, as well as deterring impaired driving. Teens were fed a midnight breakfast and received prizes and swag including water bottles with the message "Don't Get High and Drive."

In all, Eagle County Prevention Committee's events reached over 2,000 people in the community, with 800 attendees at the youth fairs and 300 at the Glow Party.