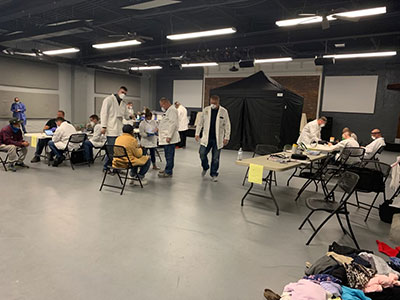 MHSO’s original plan was to send officers to Florida to complete their DRE field certification. Maryland’s DRE coordinator researched a closer out-of-state option and found Kensington, a neighborhood in Philadelphia known for the nation’s highest rates of heroin overdoses. Working with the Pennsylvania DUI Association, the Maryland State Police created a field certification process where officers worked one-on-one with drug users the first day they entered the rehab facility. This grant allowed 19 officers to complete their DRE field certification, which helps officers recognize impairment in drivers under the influence of drugs other than, or in addition to, alcohol.

To support Maryland’s Toxicology Unit, the grant funded the training needs of current and new staff, including instruction on instruments and software that are used daily in the Unit. Three essential staff completed three educational tracks which included up to 12 courses on the instruments and software. The grant also funded five additional classes for key staff focusing on the use of the laboratory instruments.

The trainings and funding provided by this grant led to more DREs in the field at a time when impaired driving is on the rise, relieved the backlog of processing blood alcohol samples for potential impaired drivers, and helped the state’s Toxicology Unit gain useful new skills.