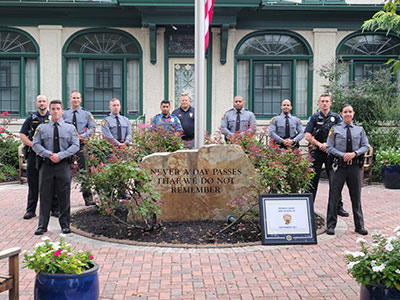 In 2020, through a grant from Responsibility.org and GHSA, the Pennsylvania Department of Transportation (PennDOT) created an additional Drug Recognition Expert (DRE) training class that was offered specifically to city police agencies within the state.

After opening registration, 12 officers applied to take the DRE course. At the completion of the training, eight new DREs were added to the Pennsylvania compliment. Represented in these eight new DREs were three new cities that were not previously involved in the state’s DRE program. The grant is directly responsible for this expansion of the DRE program into these new cities, giving them more resources to better detect and address drug-impaired drivers.

Offering DRE training specifically to city police agencies proved to be successful. Cities that historically were unable to send officers to DRE training were now able to do so with grant funding used to provide lodging and other expenses. The completion of the DRE training will allow these eight officers to make a positive impact within their communities in removing drug-impaired drivers from the road.