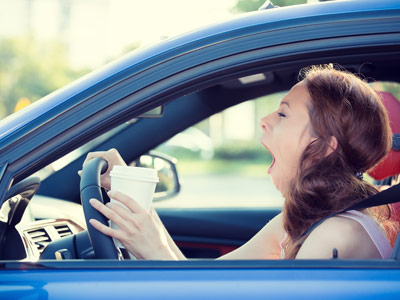 In 2019, through a grant from the National Road Safety Foundation (NRSF), the Georgia Governor’s Office of Highway Safety (GOHS) participated in the Georgia National Fair by setting up a booth to raise awareness regarding drowsy driving. Due to data showing that most of Georgia’s drowsy driving fatalities occur on rural roads, GOHS partnered with the Georgia Department of Agriculture while attending the fair.

During the fair, GOHS focused its messaging on its safety campaign, “Stay Charged: Don’t Drive Drowsy.” Throughout the fair, GOHS distributed over 10,000 brochures, created in-house, that contained drowsy driving information from a wide array of resources including NRSF, the Centers for Disease Control and Prevention, the National Highway Traffic Safety Administration and GHSA. The brochures were so well received by fairgoers that they have become a permanent part of the GOHS online safety store. The booth also promoted a pledge for fairgoers, encouraging them to sign a banner promising that they will rest before they get behind the wheel. Other items distributed by GOHS during the fair included the following:

Overall, the use of the various items distributed throughout the fair allowed GOHS to connect with the public and educate fairgoers on the overall message of “Stay Charged: Don’t Drive Drowsy.”