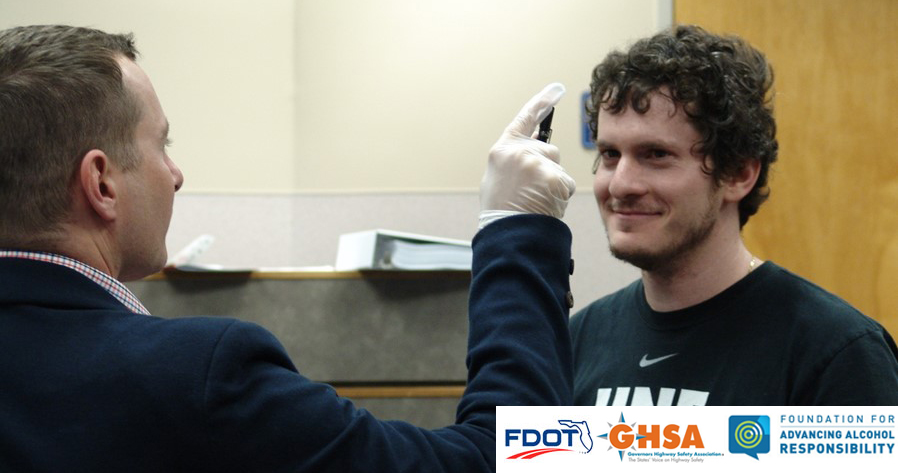 The Florida Department of Transportation State Safety Office was a recipient of GHSA and Responsibility.org’s 2016 grant program aimed at training law enforcement in drug recognition. Prior to receiving this grant, the Florida Highway Patrol had 11 certified Drug Recognition Experts (DREs), out of 1,869 total troopers. Faced with a high likelihood of marijuana legalization in the state and the subsequent potential for an increase in drug-impaired driving, FHP was able to train 27 additional DREs in 2016.

To accomplish this, two combined Pre-School and DRE Schools were conducted at the University of North Florida, Institute of Police Technology and Management in Jacksonville. The courses each served 14 students, all of whom were active law enforcement officers in the Florida Highway Patrol. Students first passed the Preliminary DRE School before moving immediately to the DRE Main School. To achieve a high quality of training, the student-instructor ratio for the schools was set at three to one.

Having completed and passed DRE School, many students were able to conduct drug influence evaluations under DRE Instructor supervision, as well as observe subjects under the influence through the program, as well. These trainings put students far along the path to becoming DREs, and ultimately led to the successful certification of 26 troopers by the end of the year.