Rural roads are beautiful, but they’re hiding a deadly secret – nearly half of all fatal crashes occur on them, even though only 19% of the U.S. population lives in rural areas.

GHSA’s report, funded by State Farm®, found that 85,002 people have died in crashes on rural roads between 2016 and 2020, the five most recent years of data. That’s more than the entire population of Scranton, Pa., or the seating capacity of Lambeau Field, home of the Green Bay Packers. In 2020, the risk of dying in a crash was 62% higher on a rural road compared to an urban road for the same trip length. While rural road deaths fell for several years before the pandemic, they increased in 2020, mirroring what happened across the country.

The high rate of crashes in these areas is caused by several factors, including lack of safety resources, simpler roadway infrastructure, poor emergency medical services and to a significant extent, risky driver behaviors. The biggest culprits are not wearing a seat belt, impaired driving, speeding and distraction. The report explores the extent of the rural road safety problem, dives into the data to determine who dies in these crashes and why, and offers nearly three dozen recommendations to states and partners to make rural roads safer.

JPEGs of the following infographics are available for download under "Resource Downloads" below. 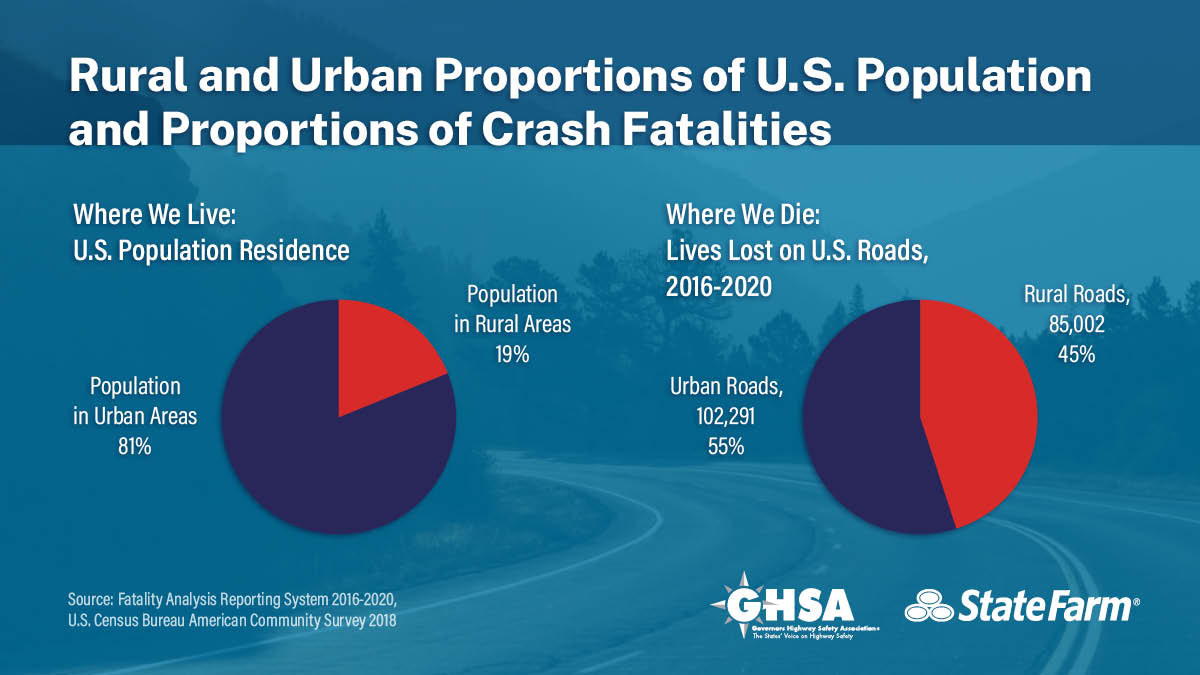 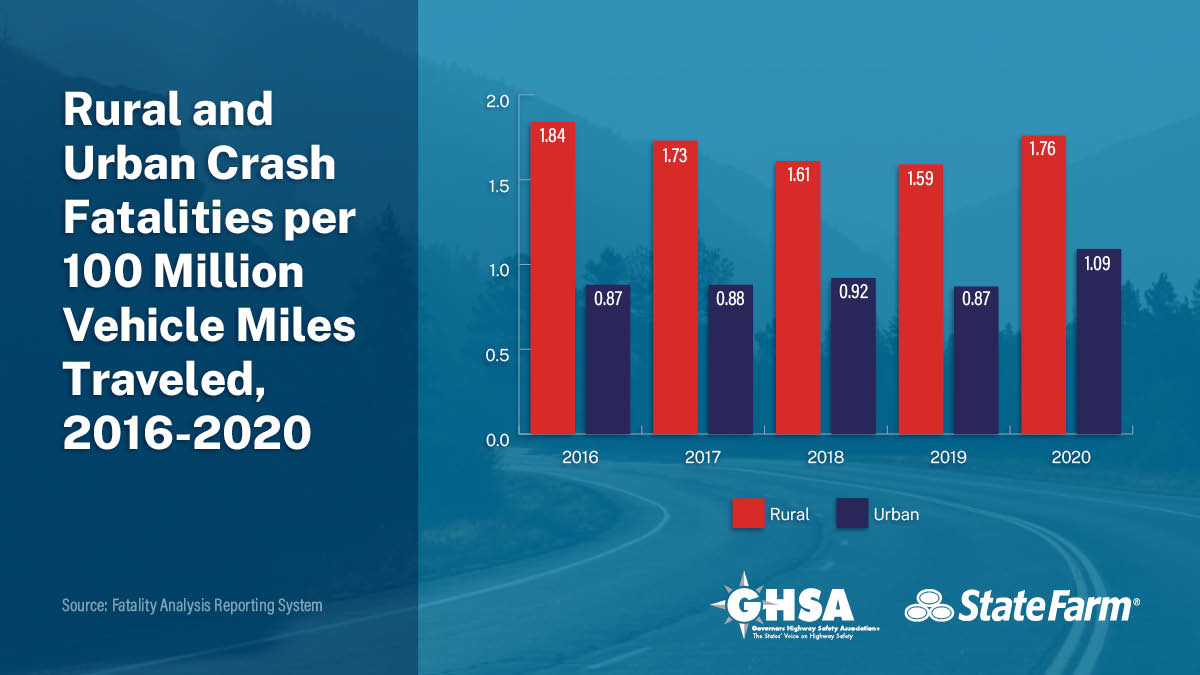