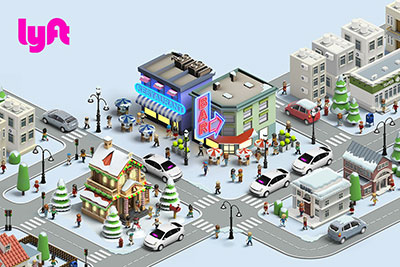 The Illinois Department of Transportation (IDOT) was one of five State Highway Safety Offices to receive a grant from GHSA and ride-hailing company Lyft to prevent impaired driving during the 2020 holiday season. With its grant, in the final weeks of 2020, IDOT utilized $20,000 in Lyft ride credits exclusively in Sangamon and Macon counties – two of the largest downstate (outside of the Chicago metro area) counties in Illinois.

On December 22, IDOT distributed a second news release announcing a second batch of 500 $20 Lyft ride credits. The ride credits were split evenly between Sangamon and Macon Counties. All Sangamon County law enforcement agencies who shared the first batch on Twitter and Facebook did so again with the second batch, with the inclusion of Macon County, the Decatur Police Department and the Macon County Sheriff’s Office.

At the conclusion of the program, over 350 ride credits were distributed.