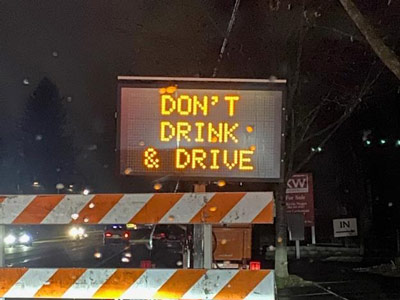 As the recipient of a grant from GHSA and ride-hailing company Lyft to prevent impaired driving, the Oregon Department of Transportation (ODOT) partnered with the Portland Police Bureau to distribute codes for discounted Lyft rides during the 2019 holiday season.

ODOT’s initial campaign ran from Nov. 22, 2019, through Jan. 12, 2020. To support this effort, ODOT advertised through the Portland Police Bureau’s Facebook page, where Lyft codes were made available to people who engaged with the campaign. The Facebook campaign reached more than 177,000 people. The promotion focused on East Portland and identified problem bars — drinking establishments that impaired drivers involved in crashes named as places they had been drinking prior — through an Oregon Liquor Control Commission list. In addition to Facebook ads, the Oregon Impaired Driving Program paid for geofenced ads around each problem bar, reaching more than 1,200,000 people, running the ads from Nov. 22 through Dec. 31, 2019.

Overall, the traffic of the Lyft ads along with the number of ads promoted was a success, and all 1,002 Lyft credits distributed were redeemed by the end of the campaign.