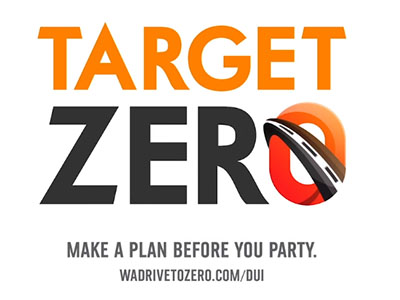 The Washington Traffic Safety Commission (WTSC) was the recipient of a GHSA and Lyft grant to deter impaired driving. With this funding, WTSC partnered with Seattle Hempfest Director and cannabis activist Vivian McPeak for  "Plan Before You Party," a holiday season campaign discouraging poly-drug (under the influence of a combinations of alcohol and drugs) impaired driving.

"Plan Before You Party" centered around in-person events held at two marijuana dispensaries in Seattle and Spokane. The events were promoted through social media, as well as a press release and invitations to the media. At the events, WTSC and McPeak engaged with dispensary customers, dispelling myths about marijuana-impaired driving and providing Lyft promo codes to promote the service as a safe alternative to traveling impaired. As a result of these events and surrounding promotion, more than 350 $20 Lyft credits were utilized across the two cities – 300 of which were exhausted during the first 24 hours.

The campaign was also supplemented by a Public Service Announcement (PSA) featuring WTSC Director Darrin Grondel and McPeak, in which the unlikely pair discuss common misconceptions around cannabis and driving and emphasize that driving after consuming alcohol and cannabis or other drugs is never a good idea.

The "Plan Before You Party" campaign, events and PSA generated more than 100 news stories from prominent outlets across the state, reaching more than 1.3 million viewers. With this effort, WTSC and Lyft helped make clear the dangers of poly-drug impaired driving and ensure travelers had a safe way to get home around the holiday season.