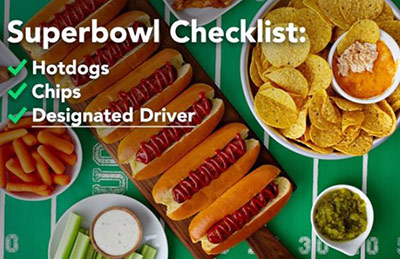 The Washington Traffic Safety Commission (WTSC) was one of five State Highway Safety Offices to receive a grant from GHSA and ride-hailing company Lyft to prevent impaired driving during the 2019 holiday season. With its grant, WTSC continued messaging around the findings of its Driving Under the Influence of Cannabis and Alcohol (DUICA) survey and promoted the use of Lyft for safe and sober rides.

WTSC sought to use grant funds to create an integrated and sustained communications campaign that leveraged the participation of Liquor and Cannabis Board (LCB) enforcement agents and local media, as well as the Lyft ride credits, to promote the use of safe and sober rides. To spread the word about the availability of ride credits, WTSC printed 2,000 business cards containing Lyft ride codes and distributed them in four areas of the state: the Puget Sound region (Seattle, Tacoma and Everett), Bellingham, Tri-Cities and Spokane. WTSC also promoted “Plan Before You Party” messaging during the holiday season through social media and planned media events.

The campaign proved to be a success, delivering an attention-grabbing, unconventional message that there are alternatives to driving drunk, while showing the positive relationships between the LCB, liquor establishments and Lyft. It was also an interesting hook for local media, as the campaign gained broadcast coverage in Washington’s largest media markets.

Overall, more than 650 ride credits were redeemed throughout the campaign. WTSC is confident that, because of this promotion, many people made the easy choice to receive a safe ride home through Lyft, removing any possibility of a DUI or fatal crash.