In 2014 Colorado became the first state to legalize recreational marijuana. That same year Colorado launched its Drive High, Get a DUI campaign to inform the public that the state’s DUI law includes impairment by marijuana. A series of humorous TV ads resulted in in millions of media impressions and almost 500,000 online views as the campaign went viral. The campaign helped achieve 91% public awareness of the legal consequences of driving high.

Today over 600 dispensaries can be found throughout the state and 13% of adults are regular users. In 2016 the Colorado Department of Transportation retooled its marijuana campaign and launched Dangerous Combinations. Both paid advertising and ambient tactics were used to gain the public’s attention. The campaign’s ambient efforts included a mock-police chase aimed to educate attendees at marijuana-themed events of the effects, laws and penalties of driving while high. The two vehicles involved in the chase — one that looks like a patrol car and the other wrapped in bright marijuana leaf designs — displayed messages about the dangers and consequences of driving while high. CDOT’s “Slow-Speed Chase” reached a vast audience, generating 55 unique TV stories with a potential audience of 1,428,403, as well as 14,262,324 internet impressions and 91,105 social media hits.

The new advertising campaign featured the messaging “Hits Lead To Hits” and “Grinding One Can Crash The Other” (see images below). This messaging was supported by online videos, billboards, digital banners and point-of-sale posters with reminders of the dangers of driving high. Overall the campaign garnered 17,457,763 paid media impressions. The goal is to reduce the number of marijuana users who think driving while high is safe, which is currently at about 30%. 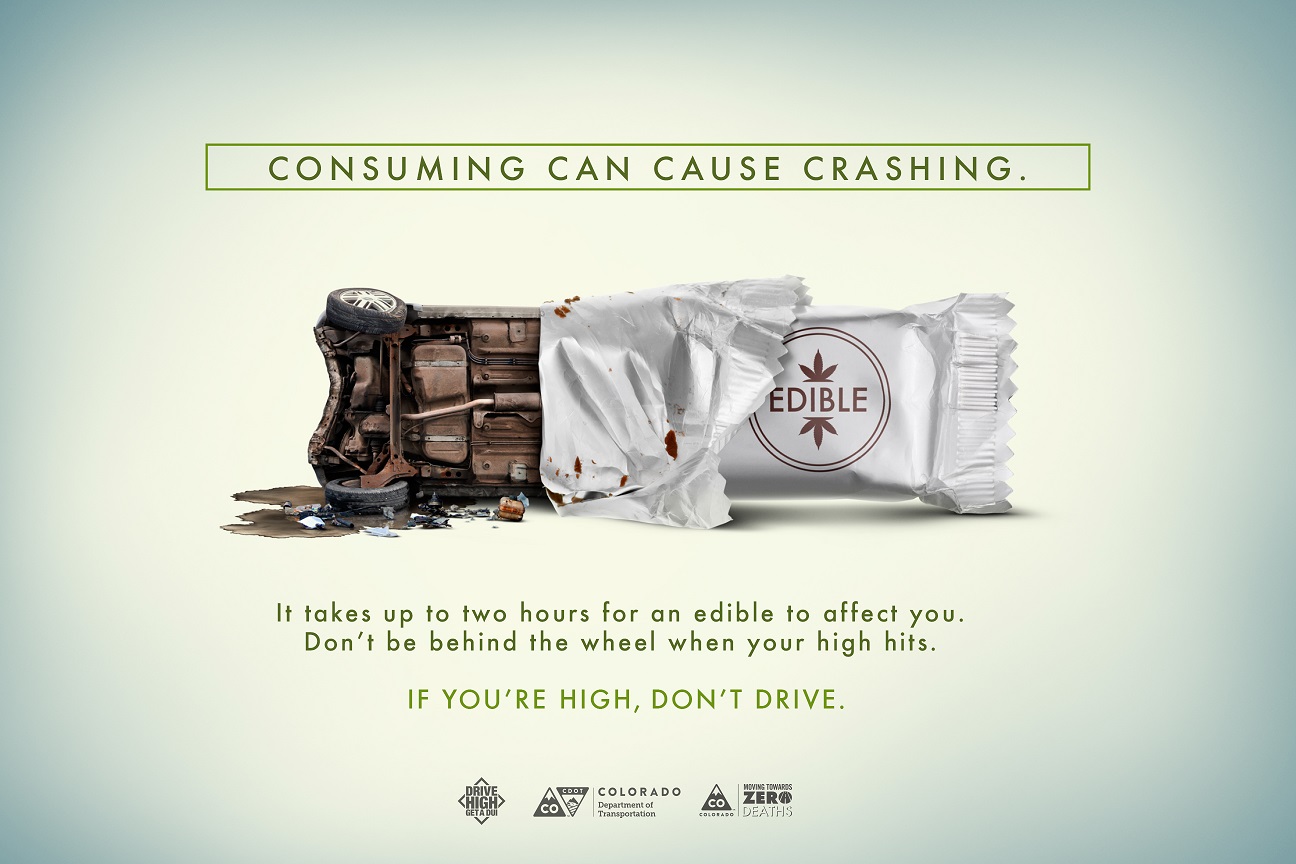