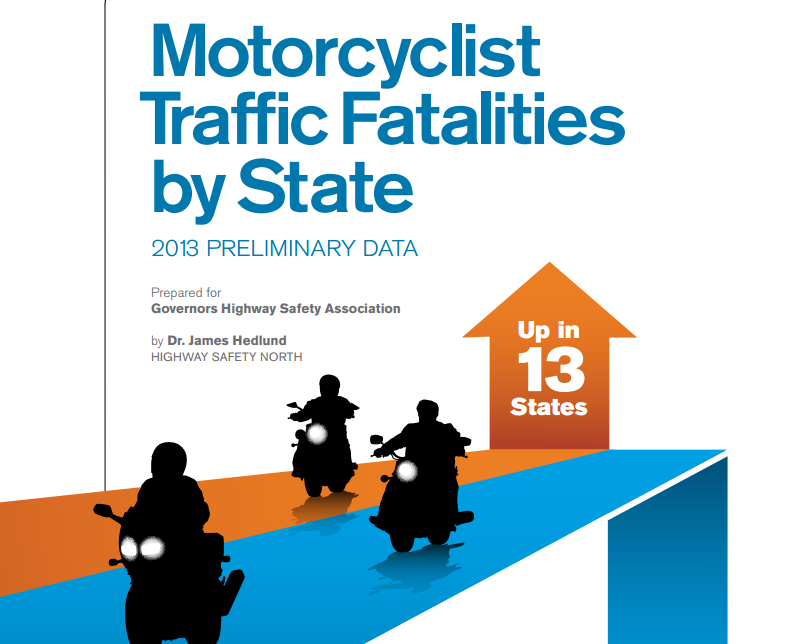 In early 2014, GHSA asked its member state highway safety offices to provide their preliminary motorcyclist fatality counts for 2013, as they had done the prior four years. All 50 states and the District of Columbia responded. Several states suggested why their numbers had increased or decreased.

Based upon the preliminary data provided, GHSA projects that the number of motorcyclist traffic fatalities in the United States in 2013 decreased approximately 7 percent, compared with 2012 numbers, and will be on par with 2011 fatalities.

The report cites a return to colder and wetter weather as an explanation for the drop in fatalities, with fewer motorcyclists on the road. It also lists several proven countermeasures that can help continue to reduce the number of motorcycle fatalities on our nation's roadways.