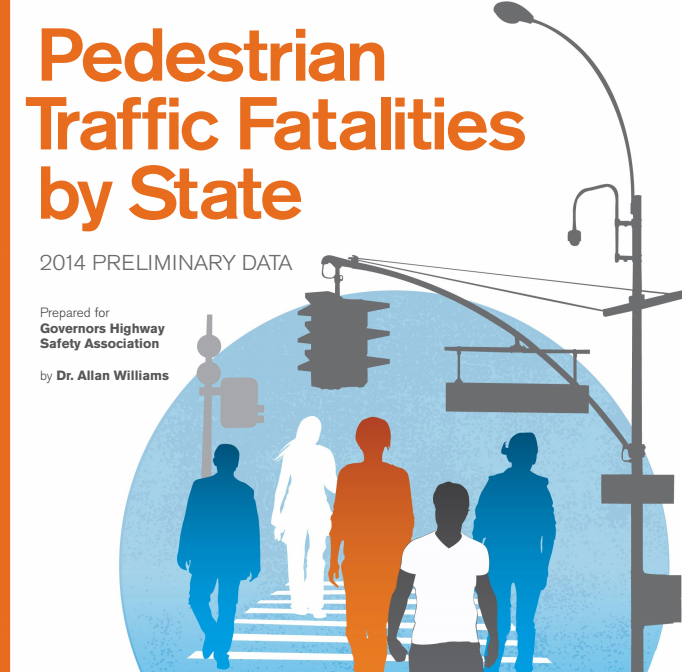 An estimated 2,125 pedestrians were killed in the first half of 2014, essentially unchanged when compared with the 2,141 pedestrian fatalities during the same period in 2013. The preliminary 2014 pedestrian fatality numbers were provided by GHSA's member State Highway Safety Office members. All 50 states and the District of Columbia provided data.